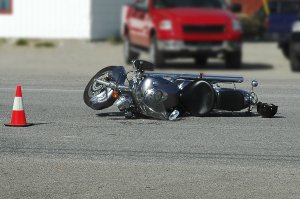 Motorcycle accidents are alarmingly common across the country. Even more troubling is that they readily cause serious injuries and death, even if the motorcyclist takes care to wear a certified helmet and protective clothing. Since motorcyclists are at a higher risk of life-threatening injuries than drivers, it’s even more important to practice defensive driving when on a bike. Some of the most common types of motorcycle accidents near Severn involve problems at intersections and on highways. If you do become involved in a crash despite taking precautions, you should contact an accident attorney promptly. Car accident lawyers can help you hold the negligent party responsible for your injuries.

Intersections can be particularly hazardous for motorcyclists. Drivers of cars often fail to see motorcyclists and they frequently misjudge the speed of the bike. The smaller size of a bike can make it seem as though a car has sufficient time to turn left in front of the bike. If you’re riding through an intersection, be mindful of oncoming traffic with left turn signals on. Look around for escape routes so you’ll know where to go if the car does try to turn left in front of you.

Not all motorcycle accidents involve multiple vehicles. Motorcyclists often get into trouble navigating tight turns. Blind turns are particularly hazardous because even a minor obstacle on the road can prove deadly for a motorcyclist who cannot stop or swerve in time to avoid hitting it. Rocks, stretches of sand, or foliage on the road can cause you to lose control of the motorcycle. Slow down before heading into a turn and make as wide of a turn as possible.

You probably already know that the faster speeds of a highway can lead to very serious motorcycle accidents. However, frequent lane changes can be even more hazardous. Be mindful of the turn signals of the vehicles surrounding your bike and try to leave plenty of space between your bike and other vehicles. Avoid riding in a driver’s blind spot. If you’re riding alongside a car in the lane next to you, there is a risk that the driver will try to merge into your lane.