What Happens When You Fail a Sobriety Test?

Being pulled over by a police officer and undergoing a sobriety test is never a pleasant experience. The Law Offices of William C. Trevillian represent clients who have failed a sobriety test in Severn, MD. Our DUI lawyers know that field sobriety tests and blood alcohol tests are very different. If an officer pulls you over in Maryland on suspicion of driving under the influence, they may ask you to walk heel-to-toe in a straight line, stand on one foot while counting, or perform similar tasks. These field sobriety tests are designed to make people fail, and entirely sober people often fail them because they are nervous or not used to performing such tasks. Field sobriety tests are used to gather evidence to be used against you during DUI proceedings. The good news is that drivers can refuse to take field sobriety tests without fear of additional legal penalties or other consequences, and our attorneys represent clients who have been charged with failing a sobriety test. Learn more and get in touch with us today for a free consultation. 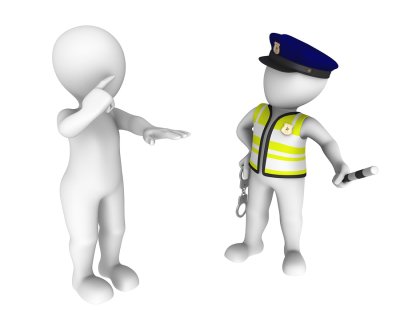 What Happens if You Perform Poorly on a Field Sobriety Test?

You are innocent until proven guilty, and performing poorly on a sobriety test does not necessarily result in a guilty verdict. An experienced and aggressive DUI attorney from The Law Offices of William Trevillian can help you fight against your allegations. You might be able to show why you performed poorly due to a preexisting condition and attack the reliability of the tests.

Failing a Field Sobriety Test May Lead to a DUI Arrest

Police need probable cause to lawfully arrest you for a DUI. The evidence that the police need to prove you were under the influence of drugs or alcohol while operating your vehicle is often a field sobriety test. There are three standardized tests that are said to be accurate predictors of a driver’s blood alcohol concentration (BAC) according to the NHTSA. Those tests are the horizontal gaze nystagmus (HGN), walk and turn, and one-leg stand. Failing one of these tests is supposed to indicate that you likely have a BAC of at least 0.1%, which makes it illegal to operate a motor vehicle. Poor performance on an FST test can give an officer probable cause to arrest you for driving under the influence.

How Failed Sobriety Tests Can Lead to DUI Convictions

As a driver, how you perform during a field sobriety test can become a factor at your DUI trial. In every state, including Maryland, drivers can be convicted for DUIs if they have a BAC above the legal limit or were impaired by drugs or alcohol. The prosecutors must prove your BAC or impairment at the DUI trial. The prosecution typically proves BAC by using blood or breath test results. While failed field sobriety tests can be relevant to providing a BAC level, they are commonly used in DUI trials when the prosecution is trying to prove actual driving impairment. The arresting officer may testify in court about how you as a driver performed on your tests. In other cases, the prosecutor can show the jurors a video of you performing your field sobriety tests.

Being pulled over driving in Severn or Anne Arundel County can be a scary situation. The state of Maryland has an implied consent law as it relates to undergoing preliminary breath tests if you are stopped for suspicion of driving under the influence. However, there is no penalty if you refuse to submit to a field sobriety test. These tests are completely voluntary, and there will be no penalty against your license or in court.

Get Your Free DUI Consultation Today

The experienced attorneys at The Law Offices of William Trevillian are here to help if you’ve been charged with a DUI or failed a field sobriety test. Our criminal, family, and personal injury attorneys can represent you in many areas, including bankruptcy, DUI and DWI, car accident injuries, probate and estate, workers’ compensation, and more. Contact us today to request a free consultation so we can get started on your case.