What Are the Grounds for Divorce in Maryland? 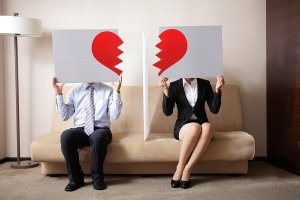 Family law is a complex area, which is why even an amicable divorce requires assistance from experienced divorce lawyers in Severn. As your divorce lawyer will explain, Maryland law requires the spouse seeking a divorce to prove that he or she has legal grounds for doing so. Continue reading to learn more about potential grounds for divorce, including separation, mutual consent, adultery, and desertion.

12-month separation is considered a “no-fault” ground for divorce. To file for divorce in this ground, you and your divorce lawyer must show that your former spouse has lived separately and apart from you for at least one full year. Former spouses must not have lived under the same roof or had sexual relations for 12 months. Additionally, the 12 months must run consecutively.

Mutual consent is another ground for no-fault divorce. As of October 2015, a judge can grant two spouses a divorce with no waiting period if the parties have no children in common, submit a written agreement resolving all issues of alimony and property division, and appear before the court at the divorce hearing. No spouse’s family lawyer can file paperwork to set aside the settlement agreement before this hearing.

Adultery is ground for fault divorce. If a party claims and proves that his or her former spouse had voluntary sexual intercourse with someone else during their marriage, the court will grant an immediate divorce. To prove adultery, you need not prove actual intercourse but must show that the offender had the disposition and opportunity for adultery. As your divorce lawyers will explain, you must prove both factors in order to prevail on a claim for adultery.

Desertion is another fault ground for divorce. Generally, a deserting spouse has abandoned the marital home without justification. However, if the person has a justifiable reason for leaving, that individual will be considered the deserted spouse. To prove desertion, the spouse seeking a divorce must prove that the deserting spouse intended to leave the marriage.