A Look at Alimony Law in Maryland 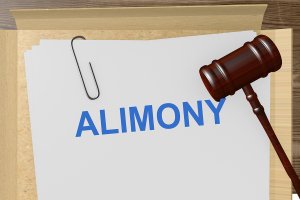 Family law in Glen Burnie allows soon-to-be ex-spouses to seek alimony awards. Alimony, which is also known as spousal support, is not the same as child support. A spouse may be ordered to pay both child support and spousal support. Alimony is intended to support the standard of living of the spouse with lesser income. Divorce lawyers can answer any questions you may have about alimony and other aspects of family law.

When does the Court Award Alimony?

Each request for alimony is considered on a case-by-case basis. The court will consider a multitude of factors when deciding whether or not to award alimony . Some of the factors the court may consider include the ages of the parties, standard of living during the marriage, duration of the marriage, circumstances that led to the divorce, the financial needs of both parties, and the financial resources of both parties.

How Long Are Alimony Payments Made?

Yes, either party can have divorce lawyers file a petition to modify alimony. For example, a divorce lawyer may argue that alimony should end prematurely, given circumstances such as the remarriage of the party who receives alimony. However, the court is not legally allowed to modify an alimony award in which both spouses entered into an agreement that disallows court-ordered modifications.

How Is Alimony Enforced?

If your ex-spouse fails to make alimony payments, you can turn to your divorce lawyer for guidance. In some cases, the court may hold the spouse in contempt for failure to pay alimony.